In the previous blogs from our High Performance Computing (HPC) series, we’ve explored the growing business need to support big data volumes and what this means for the way in which organisations transform their IT infrastructure.

This final blog in the series focuses on how organisations should adjust their server strategy to deliver the significant performance improvements that are needed, in a way that’s both affordable and achievable.  This includes key insight from industry analyst IDC and you can download their white paper on the subject here: 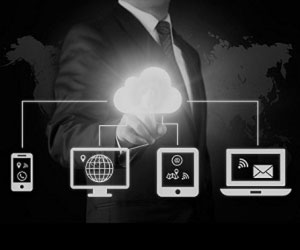 Have you got the power to deliver on the big data promise?

Digital disruption is rife across almost every industry sector today, so businesses need to extract and exploit value from their big data to drive innovation and uncover new opportunities ahead of the competition. However, it’s not only a case of adopting the right applications, but also running them on the right infrastructure, if the biggest benefits are to be gained.

In a recent white paper – ‘A new breed of servers for digital transformation’ – industry analysts, IDC, explored the best platform on which to manage and process big data volumes. They found that one- or two-socket servers running Linux are best placed to support an organisation’s transformation journey – offering the best volume server roadmap when moving from running cloud and web apps, through to next-generation, cognitive and predictive workloads.

Establishing the right one or two-socket server strategy will depend on a number of key variables:

Making the right decision regarding your IT infrastructure presents a significant opportunity to minimise the cost of IT ownership and maximise business value for competitive advantage. IDC suggests that this is only possible if IT leaders do a thorough evaluation and comparison, not only of different x86 vendors, but also OpenPOWER-based infrastructure.

The choice of processor is arguably the single-most-important component of the decision and yet many organisations fail to consider the alternatives. From a performance perspective, IBM POWER's one- or two-socket server portfolio is based on the same IBM POWER8 processor design as its scale-up products, which are by far the market leaders in the 8-plus socket segment thanks to the outstanding performance and superior bandwidth they deliver. It’s these same capabilities that drive the market leadership of the scale-up IBM POWER systems that have been incorporated into IBM’s OpenPOWER LC line.

IBM Power Systems have been built around the concept that businesses are primarily and increasingly running business-critical applications with data operations at their core. The IBM POWER architecture is designed to adapt to new forms of data, whether structured or unstructured, and whether it’s delivered in batches or streams. By contrast, x86 processors are aimed at a wide variety of purposes, from playing video games to processing spreadsheets to running an application.

By focusing on business-oriented applications, IBM has the ability to optimise IBM POWER for those workloads and deliver significant performance improvements. Take a look at the results from benchmark testing, which showed that the IBM POWER8 processor delivers on average 80% better price-performance for big data systems, along with a 30% lower server price-point than competitive x86-based systems.

Watch this short video to see how leading organisations are benefiting from significant cost savings and performance benefits by running Linux on IBM POWER8:

Read the other blogs in the 'Powering the Cognitive Business' series