The IT Insider caught up with IBM partner, S3, to talk about the benefits of software-defined storage in a world that is awash with data.

If you were in a restaurant and wanted to order a starter and main course, you wouldn’t expect to be sent to different buildings for each, then told they had dessert somewhere but you might have to root around for it a little. And yet this is how many corporate entities accept their data is arranged, because they don’t perceive that it can change.

Any commercial business or public sector entity which has been around for a while has a problem with data. It has too much of it. It is “organised” in different places and on different media, sometimes at different sites.

This is called “data sprawl” and will be familiar to anyone who is an IT professional, particularly at director level. It’s a problem to businesses because the data and the record of every transaction a company has made is, or should be, a huge asset for an organisation. The insights that can be gleaned and acted upon from information already at your disposal would be a huge advantage if it wasn’t dispersed so badly. 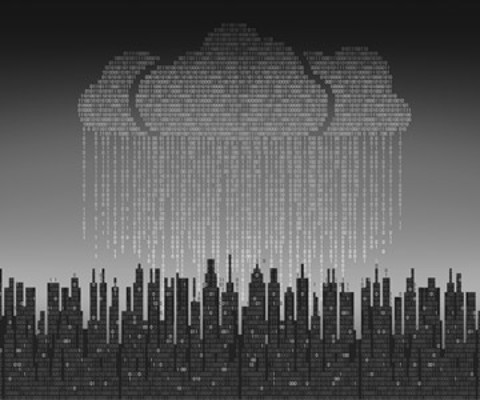 The answer is to find a system of analytics and above all storage that is able to function no matter what physical medium or location is involved. The best option is software defined storage.

A useful definition of this is that it is a concept that allows the software to operate regardless of the hardware involved in any instance. Often, software and hardware are tied together in a management system so that if a manager or branch office had in the past decided to implement a particular set of proprietary drives with their own management software, this might be unreadable by other sites that hadn’t implemented the same system. It couldn’t integrate, it would therefore not be beneficial to the overall organisation.

It is precisely this sort of departmental or branch level approach that has caused data sprawl in the first place; organisations with good intentions offering people autonomy in their software management have found themselves with problems trying to draw the strands together now that the advantages of big data and analytics have become so obvious.

Software defined storage (SDS) is different because it doesn’t couple the software to the hardware in the same way. They operate independently so instead of concerning itself with whether a piece of storage is compatible, the software simply defines it as “storage”. So you can have solid state, a RAID system and even tapes quite happily running alongside each other in the same implementation.

It is then possible to apply analytics or any other data management tool because the system no longer sees mismatches and clashes, just a big lump of stuff it defines as “storage”.

The result is an immediate reduction in sprawl because all the data is under one virtual roof, plus increased speed as further data can be added or taken away at will without confusing the system.

Looked at in this way, it’s a wonder anyone does anything else.